Things have a strange way of turning out they say. Had anyone told me 5 years ago, when I first started this blog, that one day that I would actually get published in PC Gamer, "THE" PC Gamer magazine, I would have laughed and not have given it a second thought. 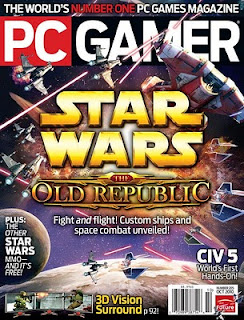 How strange the paths of life are.

Early this past July, I got this private message on Twitter asking me if I'd be interested in freelancing for PC Gamer, the Holy Grail of PC gaming magazines. Seemed my tweets, and my blog had captured the attention of an editor over there, and they were interested in my work. Despite the fact that work and family life were sucking every minute of my free time back then, there was no way I was about to turn this down, so I said a big fat YES!

My first assignment was to write an article on CCP Games' 8th Alliance Tournament which had just finished a few week-ends earlier. The article would get published in both the US and UK editions of PC Gamer. I would now be part of a privileged group of writers. those who'd seen their names linked to this institution of the PC gaming world.

After a lot of research, reviewing of the tournament videos, as well as quite a bit of back and forth between my editor and I - still feels weird to say that I've got an editor at PC Gamer, hell to say I've got an editor period! - I gave in my article. 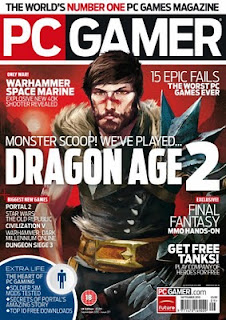 A few weeks passed and then it happened: the issues came out at the newsstand. I was now a published author of a mainstream PC gaming magazine (having written for EON in the past, this wasn't my first experience in the publishing world). The impossible had just happened!

So you all can understand my excitement when, earlier this week, I  received a copy of each of these issues - issue 205 for the US edition and 217 for the UK. There it was, my article, in print, with a picture of me. Weird. Very freakin' awesome weird.

I'm curious to see what you guys think of it though. I'd be very happy to hear your feedback about both versions of the article, and the next as well. Hopefully I haven't made a fool of myself, and through your input and feedback I can improve my style.

So If you've had a chance to pick either of these issues, please let me know your thoughts. And while you're at it, let me know topics you'd like to see me cover in the magazine as well. I might be able to persuade the editors if I know enough of you would be interested in a particular topic.
- September 02, 2010

Congratulations on getting in with PC Gamer mate, very exciting stuff for yourself indeed.

Will you be writing for them regulary now? And covering EVE only material?

That's the idea! I would write for them on a regular basis about EVE Online, the community and CCP Games!

Congrats! That is awesome. Possible topic might be an article on the economics of EVE, quarterly reports, CCP's economist, etc. It drives the game from top to bottom.

Having got an article published in EON I can share in the feeling of pride and accomplishment of getting published. I keep the issue around as a motivator.

If you can get a deal on doing regular publications, you should certainly go for it if that is what you want to do.

Tai - Great topics! Thanks!
Myrhail - Love the work you do in EON!

I believe I still have a 1994 issue of PC Gamer lying somewhere - I believe it's one of the first prints that got me into PC games back then (not that I wouldn't find my own way) but still - a major win mate!

Huge grats! I'm going to pick up the magazine so I can read the article :)

Do you think it will turn into a regular gig for you?