Where. The Hell. Did this come from?

I've owned an Xbox. I currently have two 360s (the original white one and the black slim version). I also have a PS3. With all these consoles at my disposable you'd figure I would be heavy into console games and spending a lot of time in front of my TV.

I'm not. And I've come to terms with that.

I'm a PC Gamer. I would not consider myself a hardcore player (hell, I prefer to play FPS on consoles), but I've build my last two desktops PCs, with gaming in mind. I've upgraded pretty much every component there is to upgrade in order to keep up with the games I play.

But, I'll be honest. I'll a little behind on the hardware these days. I haven't kept up to date and the idea of popping the hood on my old tower, of removing parts and upgrading is getting a lot less fun of an idea.

Which is why I'm convinced that my next PC will be an Alienware.

Back in late October I had the chance to see, touch and feel some amazing PC gaming gear and listen in on a panel discussing PC Gaming, Consoles and the future of gaming in general. Alienware and Dell Canada held an invitation only event in Toronto, where they showcased some of their line-up. You can read/watch some of what the other invited bloggers had to say about the event:


I won't go into the whole PC vs Console debate. It's an old quarrel that I know longer have interest in. PCs will always be my gaming gear of choice. Yeah, the whole gaming in your living room is fun. I don't know about you, but my living room is not the most quiet place in the house. And having my own little haven of peace and quiet, where I can sit down and enjoy a few hours of gaming a week, is what I need. And that's where my PC sits.

For now that PC is an old, big, fat tower, with hardware that's recent enough to run current games at a decent level. But that won't last for long. That's where Alienware comes in.

What I saw at the #AlienwareTO event was a choice of sweet looking killing gaming PCs. Somewhere in there was my next gaming PC. Or would a laptop suit my needs better?


If money was no object: Alienware Aurora 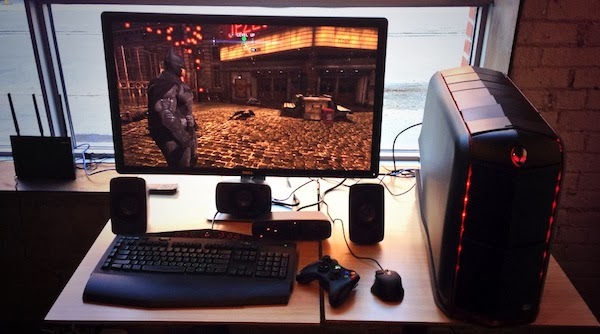 The above is a photo of the Alienware Aurora -  a behemoth gaming machine and something that I'll only have in my dreams. At least until the kids are out of university and the wife and I have had a few trips to Europe and Asia. Then again, the base model of this beast starts at $1,700, while the high-end version starts at $2,400. But the specs will make anyone gamer drool and dream of the gaming specs. 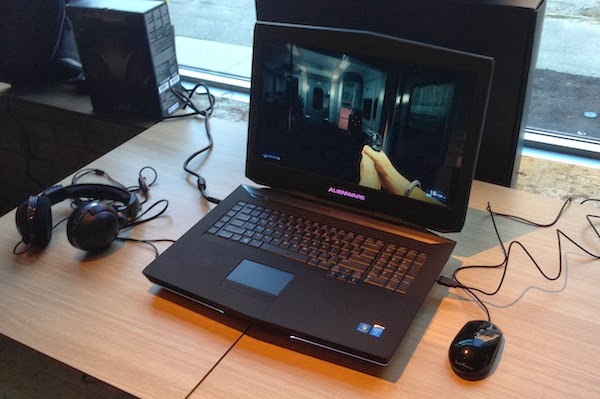 I'll be honest, having my quiet space in the basement (it's not yet my Man Cave) is currently a priority and something I look forward to. So switching over to a laptop for my gaming needs isn't something I see myself doing in the short term. For those looking for a mobile solution though, the Alienware laptops are the definition of power pack in a small enclosure. Their top model, the Alienware 18 (price starting at $2100), has nothing to envy with other desktops.


What I'll be asking for on my next birthday: Alienware X51 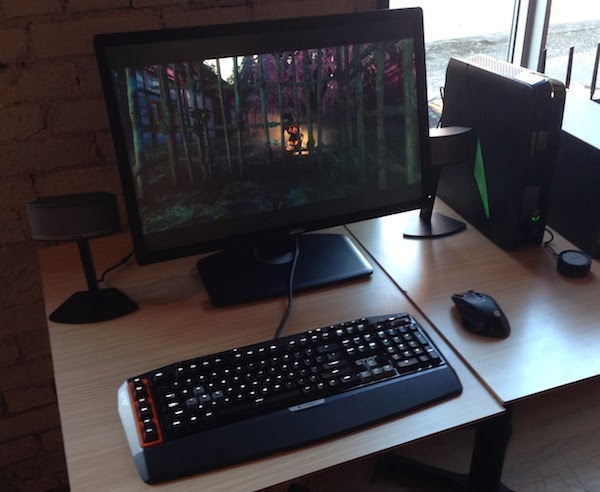 That balance between great specs, expendability and pricing, is what the X51 represents for me. The pricing range is very reasonable - $700 to $1000 - and the specs on any of its version would make my current (4yr-old) gaming PC shy away in envy. I'll have a little less than a year to put away some funding for one X51 and a bigger monitor, and come October 2014, I should be unpacking this sleek beast!

Now all I need is a good excuse to convince the Secretary of Finance that I need a new gaming PC! Any advice?

It's been a over 2 years since the last time I wrote a post on this blog. Back in August of 2011, I was "forced" I took the decision to stop blogging about games in general and EVE in particular, for the simple reason that I had started working for a game developer. Working for a dev and blogging about another wasn't appropriate, and I had agreed to put my pen down.

Earlier this year, my professional adventure in the game development industry came to an end. But the blogging bug had not returned. In fact, at the end of this past summer, I even let go CrazyKinux.com and did not renew it (it's now owned by a dentist!).

That's when I made the switch. After August 2011 I had stopped using @CrazyKinux as my main Twitter account and had been using @SocialDave for both professional and personal tweets. Then, earlier this October, I tweeted about my return.

I haven't decided if I plan to go back to my usual blogging schedule. That seems a bit daunting for now.

What games am I playing? What about my return to EVE you say? That'll be the topic of another post. Of many more posts that is!